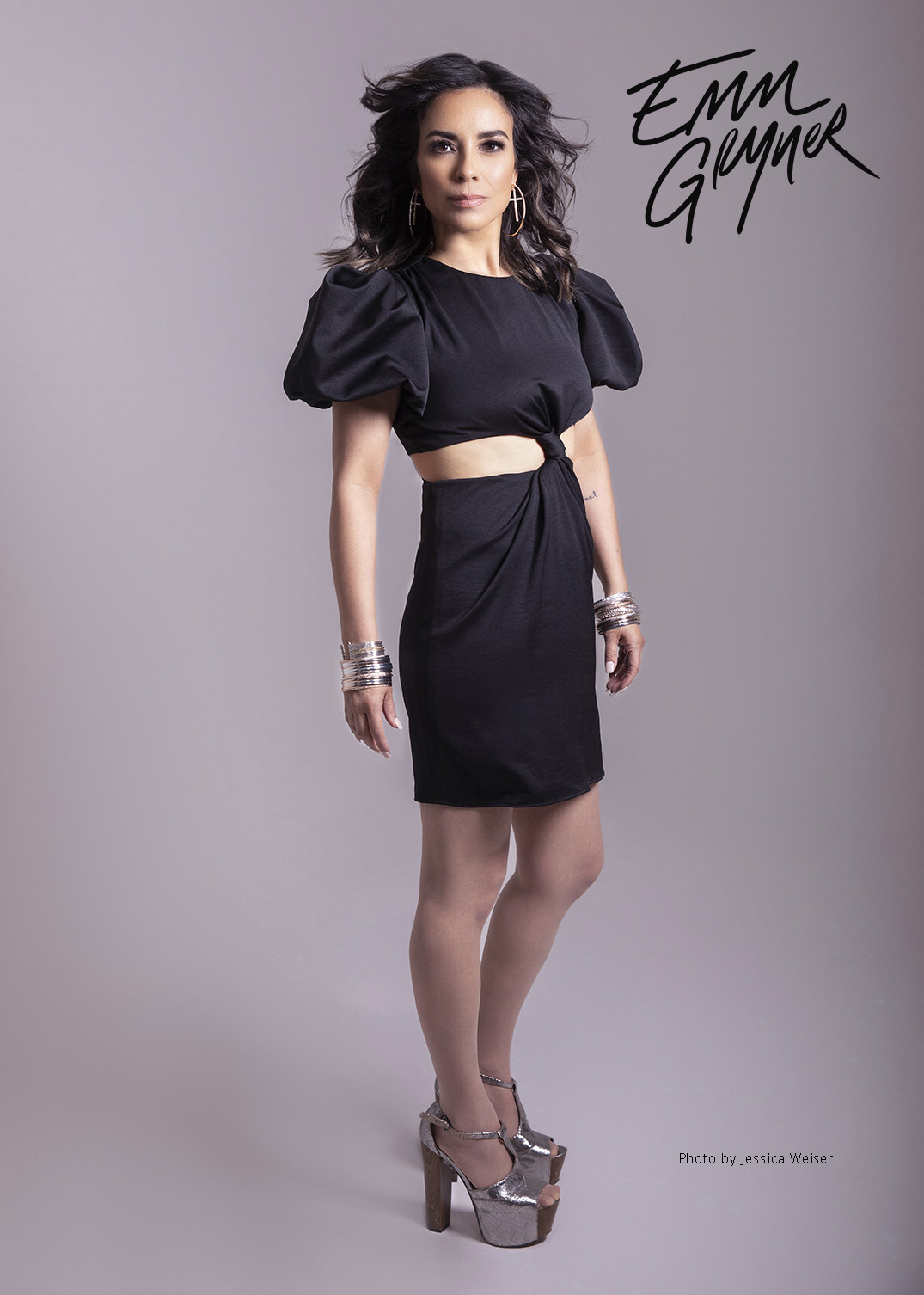 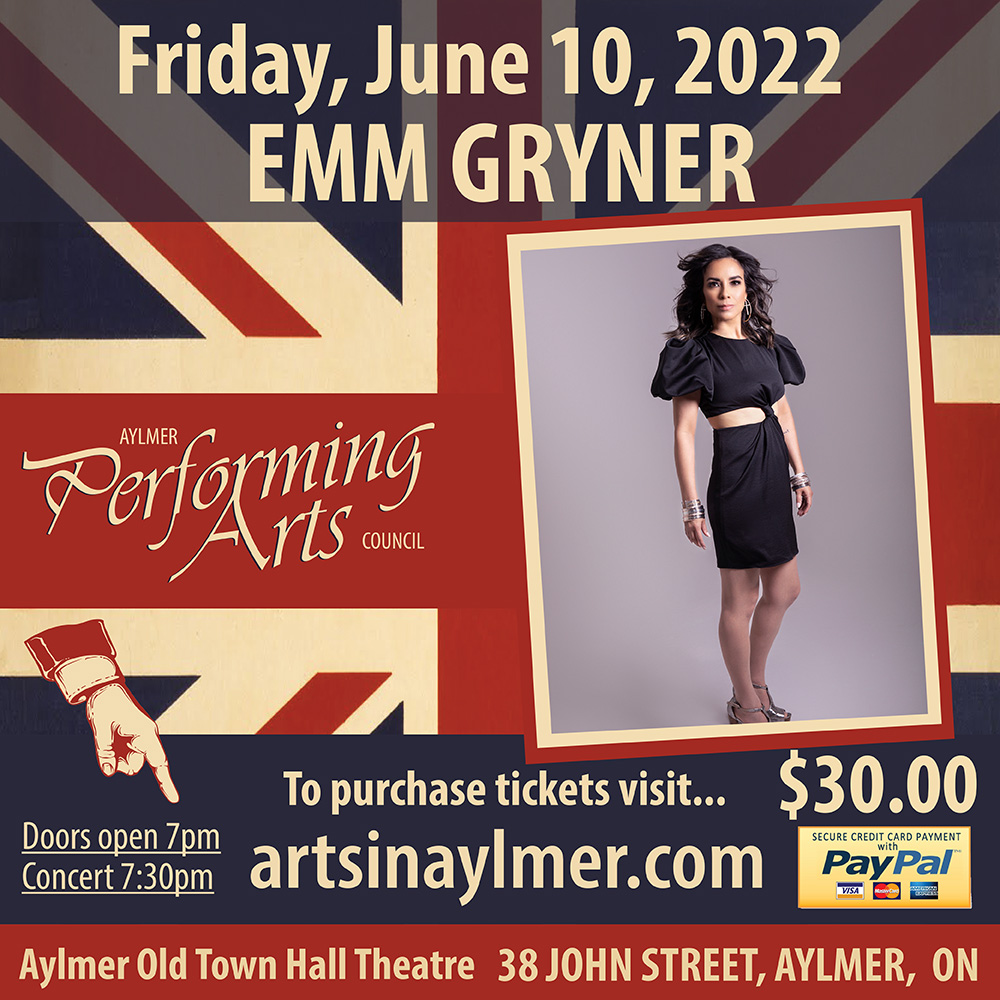 Emm Gryner is an award-winning singer, songwriter, actor and best-selling author. Emm sang and played keyboards in David Bowie’s band, and appears on numerous recordings, including his landmark 1999 SNL appearance, Bowie at The Beeb and Toy. Bowie’s acclaimed Glastonbury 2000 documents her performance in front of more than 100,000 fans at Worthy Farm. With her own band, she shared arena stages with Def Leppard, and she also helped bring the first music video recorded in outer space to the world.

Detroit radio formed the soundtrack of Emm’s life and career and her forthcoming record is a celebration of that music. From Motown, jazz and pop, to Steely Dan, Fleetwood Mac and The Doobie Brothers, Business & Pleasure is infused with the sunshine soul and stellar playing of the late 70s and early 80s.

The evening in Aylmer will be a solo performance with special guest jazz and rock guitarist Jaron Camp. Emm will perform songs from her career, her celebrated time with Bowie and include her infamous cover songs by everyone from Joni Mitchell and Def Leppard. There will be stories and Emm will be available for signing her acclaimed book “The Healing Power of Singing” after the show.