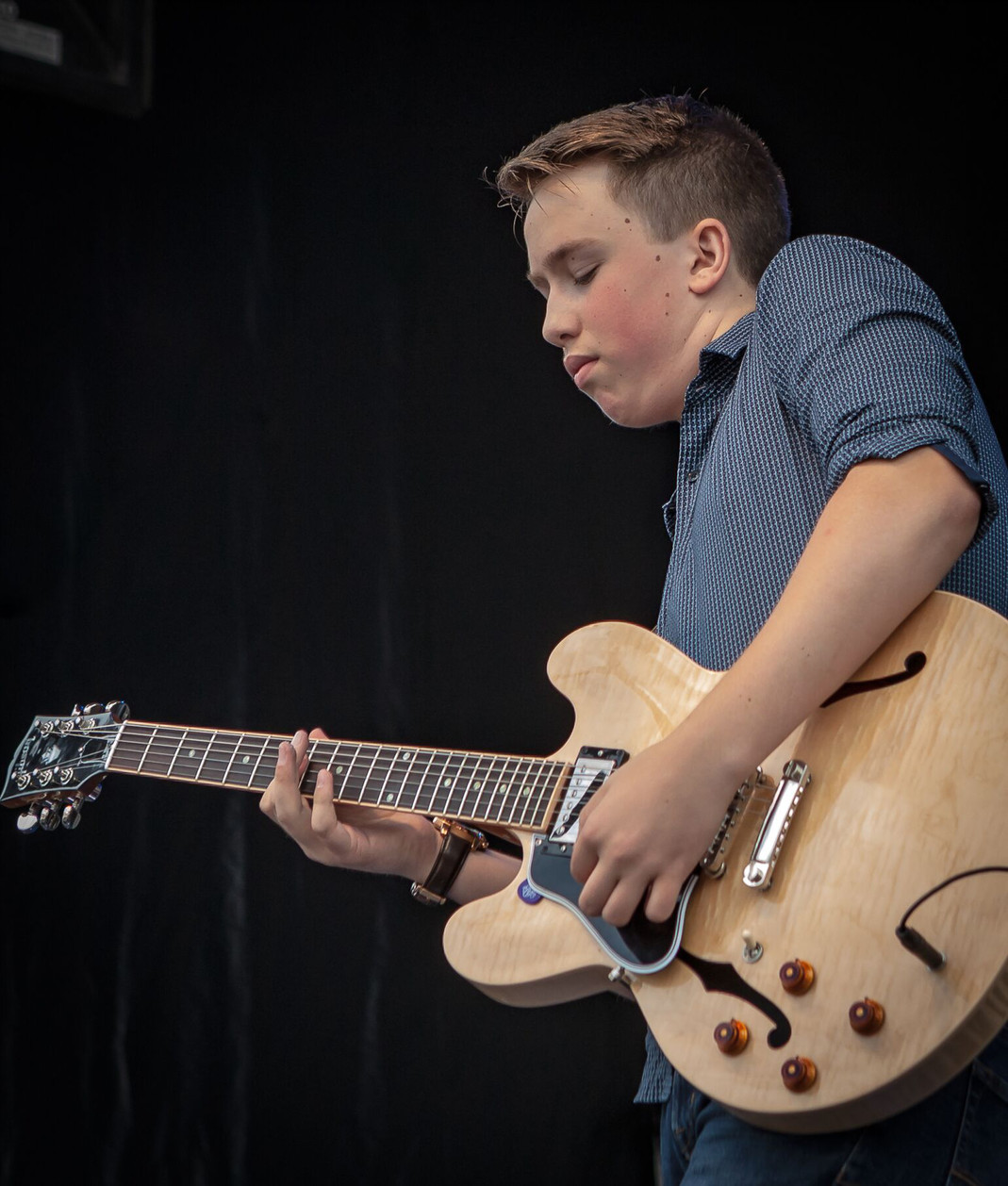 ‘New Artist of the Year’ Maple Blues Award winner, Spencer MacKenzie, has an insightful musical expression emerging from his body and the only explanation is an old soul residing within! He has a deep, soulful, true to the blues sound, with an electrifying twist that captivates his audience. There is no question that musicians should be judged by ability and not by age, and that is certainly the case with blues artist Spencer MacKenzie…”his guitar playing is crisp and clean even as it delivers some down-to-the bone licks…He’s got the blues power in his soul…” – Blues Blast Magazine (USA).

His debut album in 2016 ‘Infected with the Blues’ released in May 2016 earned rave reviews and consistently had international airplay hitting the Top 50 Roots Music Report Blues Charts. “Goodbye Lucille is the best musical tribute to BB King I’ve ever heard…..” -Blues Matters Magazine (UK). Spencer and his original song “Devil Under her Skin” took a 3rd place WIN in the Blues Category at the 2016 International Songwriting Competition!