What’s up with the Union Jack? 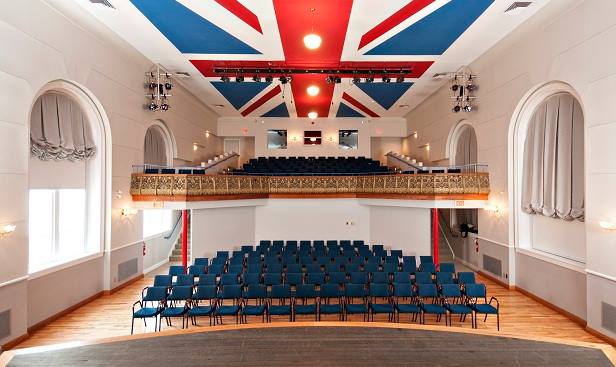 When you purchase tickets to experience one of our performances, you can take it all in under the incredible Union Jack that is painted on the ceiling of Aylmer’s Old Town Hall. (Looking just as amazing as it did in 1873!). Even Canada’s first Prime Minister Sir John A. MacDonald addressed the citizens of Aylmer under this flag! Did you know that in Canada, the Union Jack is known by law as the Royal Union Flag? Although widely used in Canada from the time of Confederation until the current national flag was adopted in 1965, the Union Jack was the flag under which Canadian troops fought during the First World War. Today, the Union Jack maintains its presence in Canada through its incorporation in the provincial flags of Ontario, Manitoba, and British Columbia. When flown or displayed in Canada, the Union Jack serves two purposes. First, it is the national flag of the United Kingdom, and second, it is flown as a symbol of membership in the Commonwealth and allegiance to the Crown as approved by Parliament on December 18, 1964.

Designated as a Heritage building, this beautifully restored 1874 Opera House is home to all of Aylmer Performing Arts Council’s performances — come find out why this a favourite venue for many the performers who grace our stage!

All history aside – we think you’ll agree that the Union Jack on our venue’s ceiling is simply breathtaking!