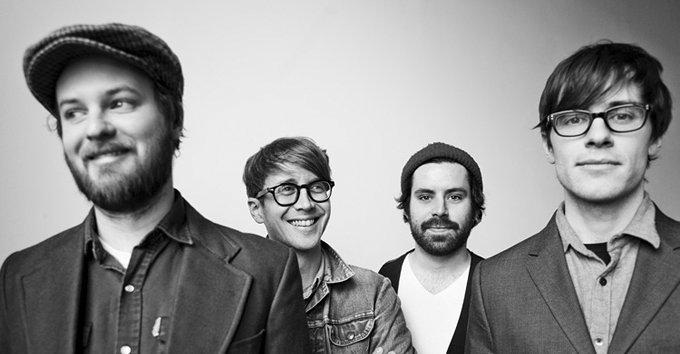 Cuff the Duke’s Union has been released

As promised, Cuff the Duke’s Union has been released as the second part of a two part album project that began with the release of Morning Comes. The two albums relate lyrically and visually. A number of the songs on the new album act as a response to the songs from Morning Comes. Union’s ‘Rise Above’ relates to ‘Standing on the Edge’ and ‘Something For Free’ relates to ‘Time Is Right’. Basia Bulat guests on album stand-outs ‘Side By Side’ and ‘Stay’.

“On Union, we moved away from our usual-sounding song structures, rock solos and harmonies by adding more sonic textures,” says the band’s Wayne Petti. “Morning Comes was more acoustic-based, this album is more electric-based. Instead of trying to find the perfect tone, it was more about exploring interesting sounds.”

Cuff the Duke started out in Oshawa before making the move to Toronto in 2002. Their debut album, Life Stories For Minimum Wage was released on Three Gut Records, at the time one of the most exciting indie-labels in Canada. Their second and third albums, Cuff The Duke and Sidelines And The City respectively, were both released on Hardwood Records alongside label mates Basia Bulat and Hayden. Their fourth album, Way Down Here was co-produced by Blue Rodeo’s Greg Keelor at his beautiful barn studio in rural Ontario and was Juno nominated for Adult Alternative Album of the Year. Their fifth album, and Paper Bag Records debut Morning Comes was also Juno nominated for Adult Alternative Album of the Year and was co-produced by Greg Keelor.